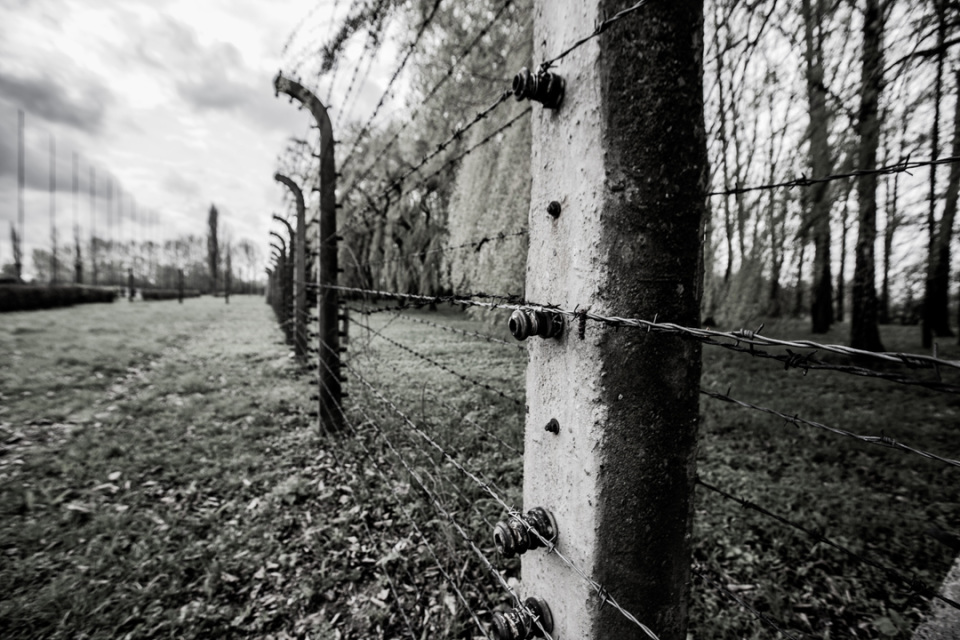 “I am the child of Holocaust survivors. I visited Auschwitz/Birkenau for the first time with my daughter just 24 hours after Sean Spicer mumbled that Hitler had not used chemical weapons and then apologized by describing concentration camps as Holocaust Centers.

Birkenau is a 472 acre Nazi Death Camp. The vast size of this death camp is overwhelming, incomprehensible. I stood by the ruins of the gas chamber where my mother’s thirteen year old sister was gassed. Emotion forced me to my knees. Separated by electrified fences, my mother would throw food over to her sister. One day, my mother went to bring food but her sister no longer stood by the fence. She had been sent to gas chamber number IV. Another girl who knew her told my mother. The very next day, there was an uprising and a brave group of Jews blew up the gas chamber. They were not used again. Such was the existence at Auschwitz/Birkenau. Some survived out of sheer will while some were not able to overcome the Nazi plan to exterminate an entire race.”

He has proudly exhibited at Edition ONE Gallery in the past. His work has also been published in several Santa Fe publications.